To live longer you need to eat less! - How to lose weight?
Skip to content
Home » Articles 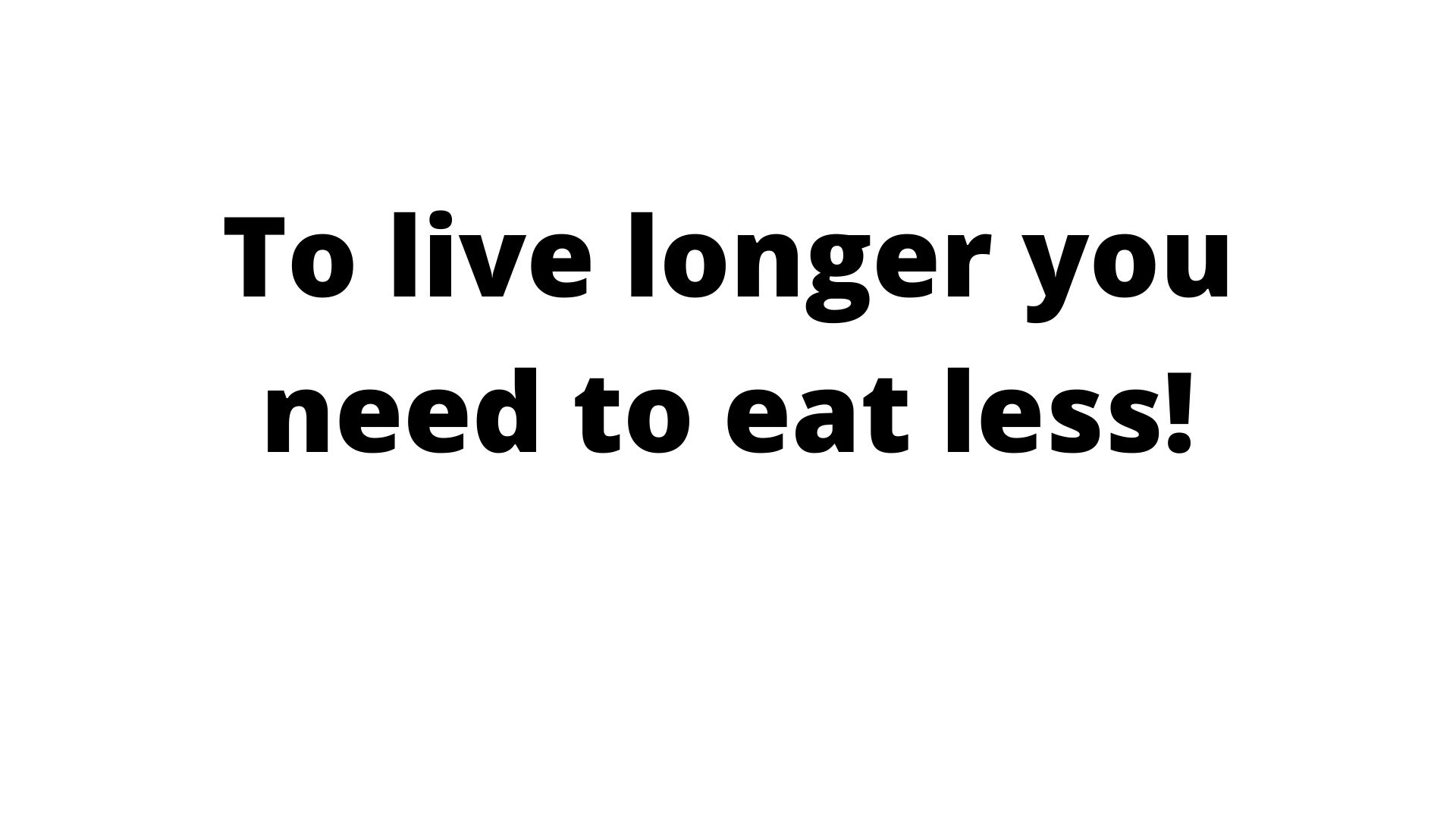 I am a doctor. Let me just quote one textbook thing. “In 97% of cases, obesity is alimentary. So, it’s notorious… You need to eat less.”

This is not any kind of advertisement or promotion. This is official medical information. All of these things were studied by thousands of people in dozens of countries.

Type-2 diabetes, hypertension, vascular atherosclerosis, chronic cerebral ischemia, etc. And these are not 70-year old grandmothers that bring all of this with themselves when they come to my appointment. These are 25-year-old girls. They objectively feel bad. If they feel good, they don’t come to the doctor. Isn’t it logical?

The answer turns out to be NO. And by the way, somehow we should respect these suicides. Just because they are human. Sorry, I’m an ordinary general practitioner. Apparently, a bit dumb. You want to eat as much as you are able to, and don’t want to pay for that with sores. What should I respect here?

A couple of days ago I have heard something like another ideology. It was about smokers. “Yes, smoking is harmful and so on, but you should respect me and heal me.” And all that stuff…

You know what? I have no problem smiling for all of them, so body-positive. I have no problem in prescribing medications that somehow support the functions of their organisms. Yes, they sacrificed the quality of their lives to bad habits. But yet we can extend the lifespan as much as possible. I have a job like this.

I even like you. You create sores for yourself due to your own behavior. And you have already helped me to pay a mortgage on a country house. Now, my mind is focused on buying a villa near the ocean. And I want a better car, of course. So yes, I love you. With your body-positivity, conscious choice of smoking, obesity, and all other stuff.

I love you like a milkmaid loves cows. But, sorry, I can’t respect you. You are not registered in a psychiatric dispensary, are you? You don’t behave like an idiot because of illness, but according to your own choice? And… Do you respect those who eat a lot and gain their own sores?

Uncategorized 0
You can even lose weight on sandwiches if you cook them properly! The fastest,

Uncategorized 0
Do not starve, do not give up carbohydrates, do not go on diets: you

Uncategorized 0
The daily dose of magnesium for women is about 300 mg per day. How