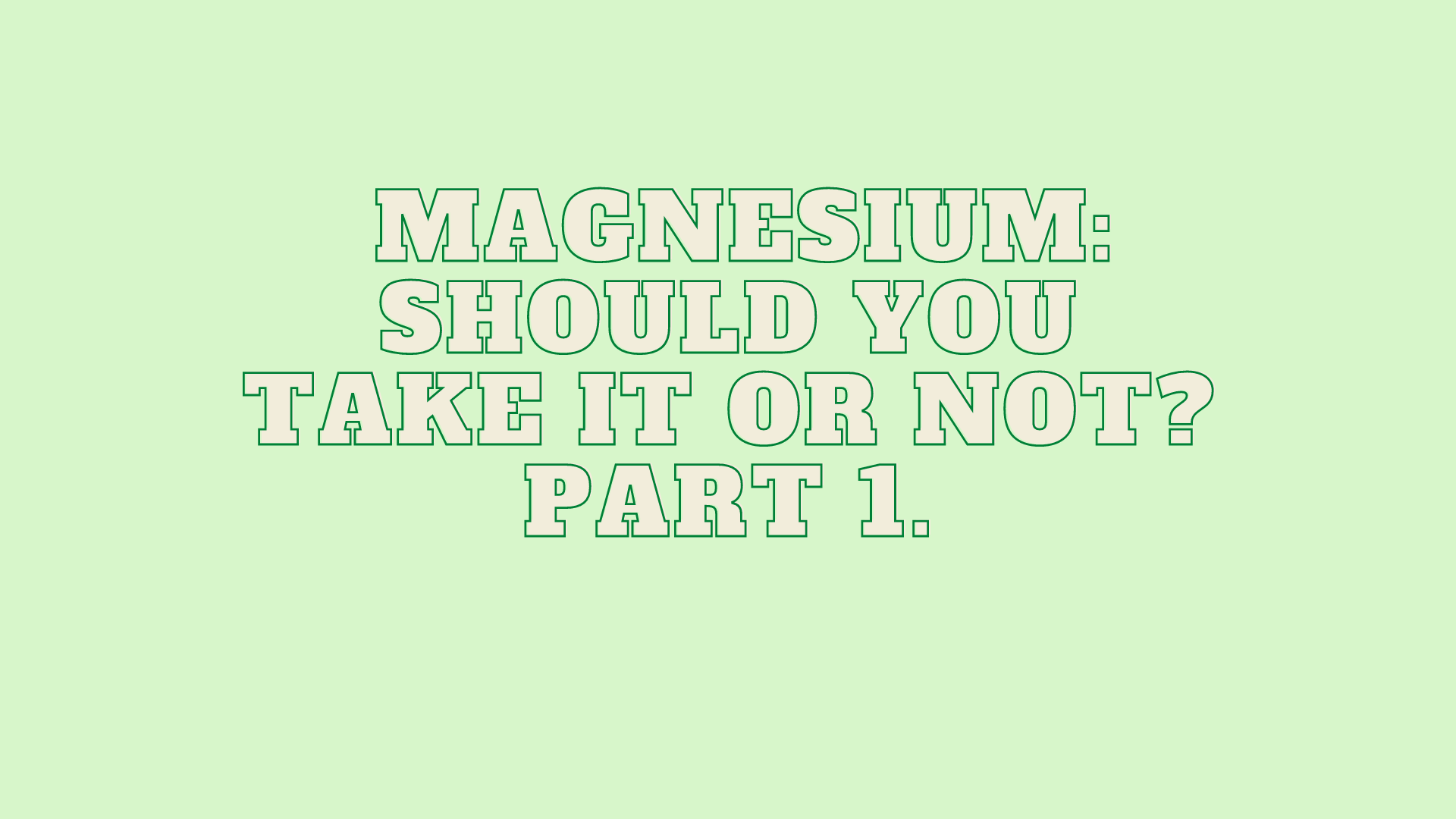 You cannot resist the magic of magnesium. It is taken by

Is magnesium in short supply?

Magnesium is at the top of most minerals. There are at least three reasons for it.

This mineral plays a too important role in the life of the body. Mitochondria need it to produce energy. Neurons – for transmitting electrical impulses. Ribosomes of cells – for protein synthesis. With its help, damaged DNA molecules are restored, muscles contract, and cholesterol are excreted. Magnesium is in over 500 intracellular biochemical reactions. Besides, it activates over 300 enzymes. And it is not produced inside the body. And it means that we depend on its receipt from the outside.

According to frequently quoted information, about 30% of people take less than 70% of the daily dose of magnesium. But do not panic! We have found the initial epidemiological study and hasten to reassure you. It is not about all people, but only about 2000 patients of several clinics.

Anyone can suspect magnesium deficiency, even if a standard plasma or serum test showed that everything is normal. The catch is that 99% of magnesium is contained inside cells (approximately 60% is in bone tissue, the rest is in muscles, brain, kidneys, and liver). There it is released into the blood if necessary to maintain optimal concentration. So, the normal level of magnesium in the blood does not exclude its deficiency at the cellular level. So, popular health publications often advise focusing on external signs of deficiency. And there are so many of them (from apathy and high blood pressure to irritability and caries) that it is easier to make a “diagnosis” for yourself.

The real diagnosis of magnesium deficiency is a whole range of tests, including ECG, myography, bone density testing, analysis of saliva, urine, nails, and hair. So, even if you often have cramps in your legs, goosebumps appear, or eyelid twitches (these are the most characteristic signs of a lack of magnesium), you can only establish the actual cause with a specialist.

0
To seriously and permanently get rid of extra pounds, you should follow simple rules.

0
Choosing healthier analogs is not always a good idea. How do diet drinks lead

0
The publication Eat This, Not That, referring to doctors from the USA, shared material