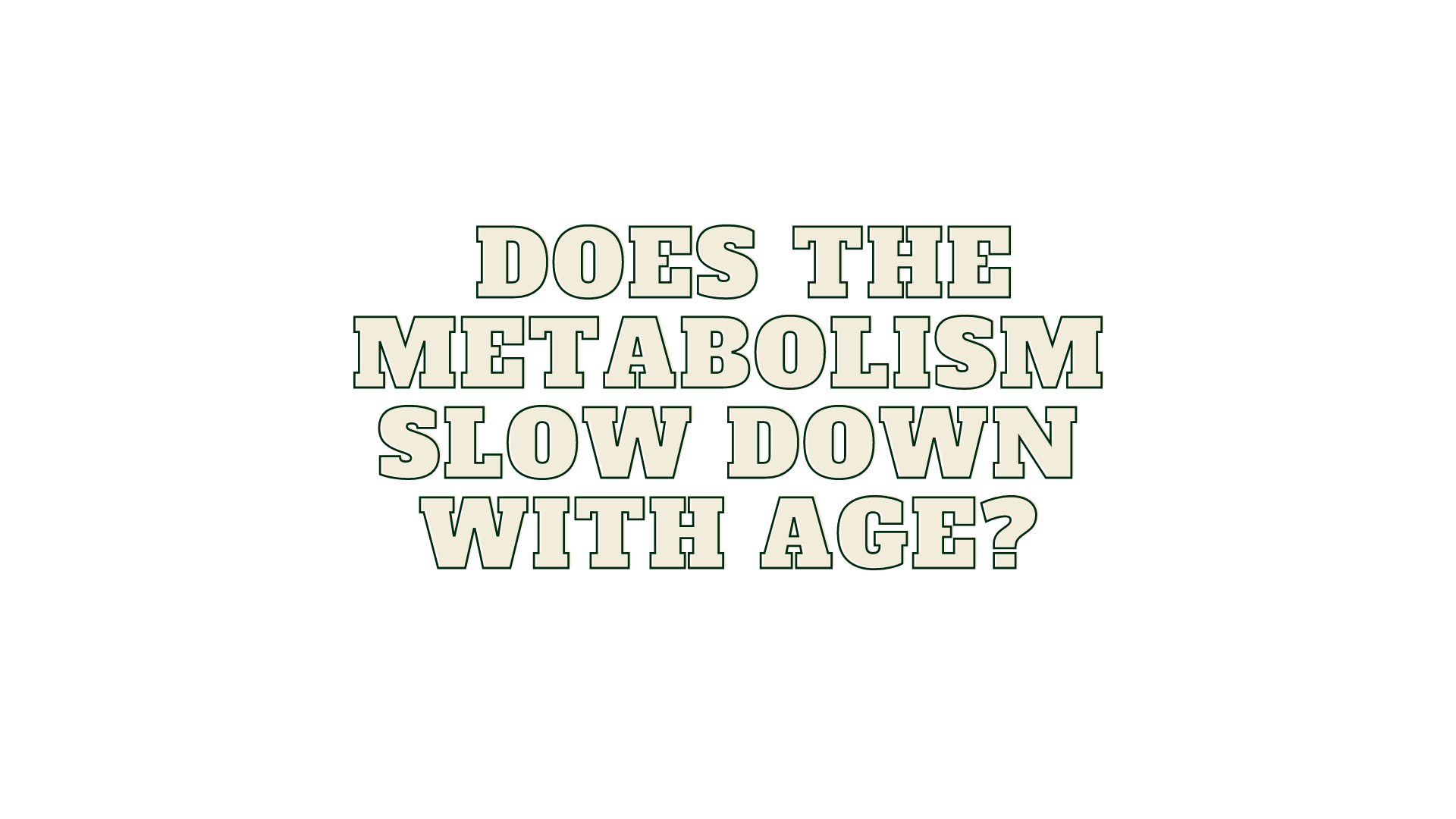 At the age of 18, to lose weight, it was enough just to drink kefir and eat apples for a few days, but at 35, such a trick already somehow is not good. We usually blame it on the metabolism, which is getting slower and slower every year. But the latest scientific data just undermine the foundations. Scientists claim that metabolism slows down, but not at all when everyone is thinking.

What is metabolism? These are the processes of food digestion, the breakdown of proteins, fats, and carbohydrates. Some stages are associated with the release of energy, others – with its absorption. When the metabolism is slowed down, excess calories are more likely to be deposited in strategic places in the form of fat deposits, and attempts to lose weight will not be very successful. If the metabolism is fast, all metabolic processes are quite rapid. It is much easier to lose weight in this case.

One of the main beliefs concerning metabolism is that middle-aged people spend their accumulated energy more slowly (it is stored in the body just in the form of fat deposits). It was attributed to the fact that over the years we gradually lose muscle mass.

But the scientists who published their article in the authoritative journal Science claim that they have been deceiving us all their lives. They conducted a large-scale experiment during which they failed to confirm the basic belief concerning metabolism.

What did the scientists do?

Scientists gathered more than 6,000 people and experimented with their participation. They took people of all ages. The youngest was only 8 days old, and the oldest was 95. After that, the researchers began to evaluate the so-called basic metabolism – the energy spent on digesting food and other basic needs. Scientists have their special methods for this.

After all the necessary measurements were carried out, the authors summarized all the results in a table and calculated the average values for men and women of different ages. The metabolism of women and men proceeds at about the same rate if we are talking about people of the same age and physique. But here’s what happens to them at different ages:

At the age of one year, the metabolic rate increases rapidly and reaches about 50% higher than that of an adult.

In the period from 1 year to 20 years, the metabolism gradually slows down: by about 3% annually.

From 20 to 60 years of age, the metabolic rate remains unchanged.

After 60 years, the metabolism begins to slow down slowly – by 0.7% every year.

Yes, from the age of 20 to 60, the metabolic rate is unchanged, and so all these logical explanations that we cannot lose weight because at 40 the metabolism is no longer the same as at 20. It, of course, is sad news for all those who would like to get rid of extra pounds and cannot do it in any way.

But there is something good in these conclusions of scientists. Since the metabolic rate does not depend on age, all these working methods, such as diet and physical education, can help all those who are dissatisfied with their weight. And at 20 and 40, and 60 years it will work.

But maybe there is a mistake somewhere

But other scientists have questions about this study. They say that the authors of the study had to observe the participants of the experiment for several years, and not just measure everyone’s metabolic rate once or twice. So, they could get more complete data, for example, how the metabolism of one person changed as he grew up. A lot of such data gathered together would give a more objective view.

Moreover, the scientists did not take into account the eating habits of the participants of the experiment and the peculiarities of their nutrition. But all it could also affect weight and metabolic rate. For example, what other authors have found out. They conducted their experiment for more than 30 years and attracted more than 120 thousand people to participate in it.

On average people get fat by about one and a half kilograms every four years. But nutrition has a more significant effect on their weight. For example, the abuse of fried potatoes and potato chips gives an increase of almost 800 g, and sugar every day – another half a kilo. People who did sports gained 800 grams less, and switching to vegetables, fruits and cereals helped to slow down weight gain even more. Things are quite obvious, but the fact that scientists have once again confirmed them makes us believe in them more.

For those who cannot lose weight, doctors recommend not only to reconsider their diet but also to pay attention to their health. The reason may lie in some pathologies that you do not notice: take tests to find out the reason.

Well, intensive aerobic exercise has not been canceled. They, as well as stretching, can help build muscle mass and speed up metabolism at any age. Researchers consider that nutrition and physical activity are still the key points.

0
Food alone won’t make you happy (although you can argue with it). However, you

0
28 simple recipes for breakfast, lunch, dinner, and snacks for a healthy diet You

0
The nutritionist told us how to eat tasty, right, and cheap. Meanwhile, you can