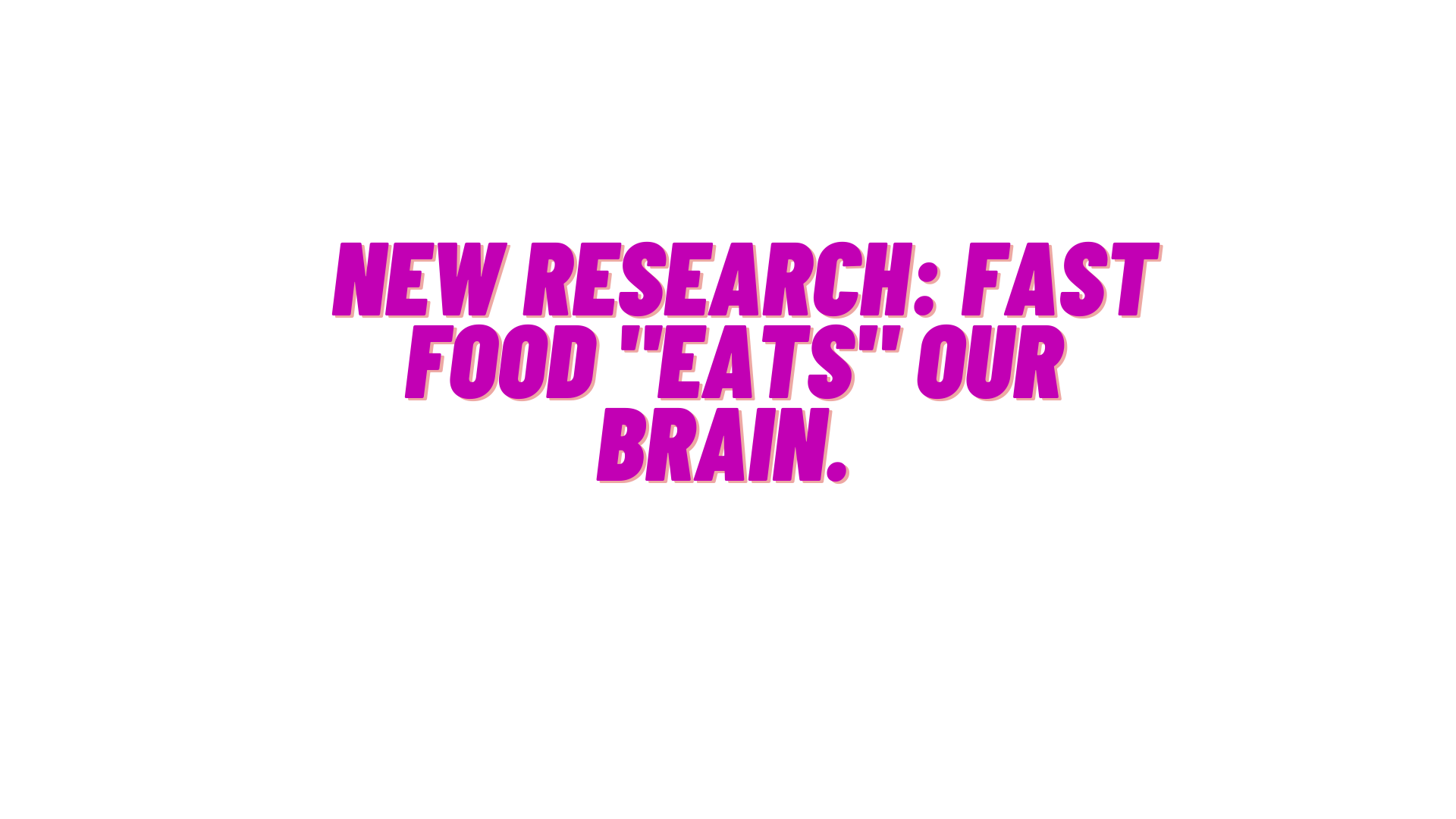 Thousands of articles and studies have already been written about the dangers of fast food. However, it turns out that hamburgers, fries, and pizza can also harm the brain. The correspondent writes that researchers have established a link between fast food and dementia.

“Eating fast food and not moving much, people “eat” their brain,” says Nicholas Cherbuin from the Australian National University. Together with a group of researchers, the scientist found signs that people significantly increase their risk of dementia due to their unhealthy eating habits.

The scientists analyzed about 200 international studies. Data analysis showed that the worse people ate and the less they exercised, the higher their risk of dementia or other signs of cognitive dysfunction. The scientists published the results of their study in the journal Frontiers in Neuroendocrinology.

They get fat from fast food, and it can provoke the development of the chronic metabolic disease – type 2 diabetes. The fact that diabetes can worsen brain function has already been proven in other studies. The results of a study conducted in Australia confirm them and even go a step further: they show that a direct connection is possible between fast food and deterioration of brain function – without an intermediate stage in the form of type 2 diabetes.

“Our work shows that the loss of neurons begins much earlier: we found a clear link between a brain decrease and an unhealthy lifestyle,” says Cherbuin.

According to researchers, more than 30% of the adult population in the world already suffers from overweight and obesity. Moreover, by 2030, about 10% of all adults will suffer from type 2 diabetes.

“When a person reaches middle age, the damage becomes almost irreversible. We encourage everyone to start eating right and exercising as early as possible. Preferably in childhood, but not later than early adulthood,” says Cherbuin.

The world is getting fatter

According to Cherbuin, today we eat about 650 kilocalories more every day than in the 1970s. It corresponds, for example, to a fast-food menu consisting of burgers, fries, and a soft drink. It means that men exceed the recommended daily calorie requirement by about a quarter, and women – by almost a third.

The head of the study explains: “The additional number of calories that people consume every day compared to what it was 50 years ago shows that many people consume unhealthy food.”

To protect yourself from obesity, diabetes, and possibly dementia, you should avoid the following foods: deep-fried foods, as well as fast food, such as hamburgers and fries, processed foods such as chips or desserts, red and processed meat, such as sausages, butter, margarine and cheese, drinks containing sugar and alcohol, pastries and sweets.

To delay the onset of dementia, experts recommend sticking to a balanced diet. According to ecotrophologist Anna Iburg, certain nutrients are especially important for the brain and nerve cells. In her book, Food against Forgetfulness, she advises eating natural foods such as fruits and vegetables. They contain polyphenolic antioxidants, as well as many vitamins and folic acid. Healthy fats, such as omega-3 fatty acids, also support hormonal metabolism. The researcher recommends eating the following foods: water, green and black tea, green vegetables, beans, peas and lentils, whole grain products, flaxseed, pumpkin, rapeseed and olive oil, fish, nuts, and seeds.

0
If you get the question right, you can speed up your metabolism and reduce

0
Each of us has a slim friend, colleague, or neighbor. Before our eyes, they