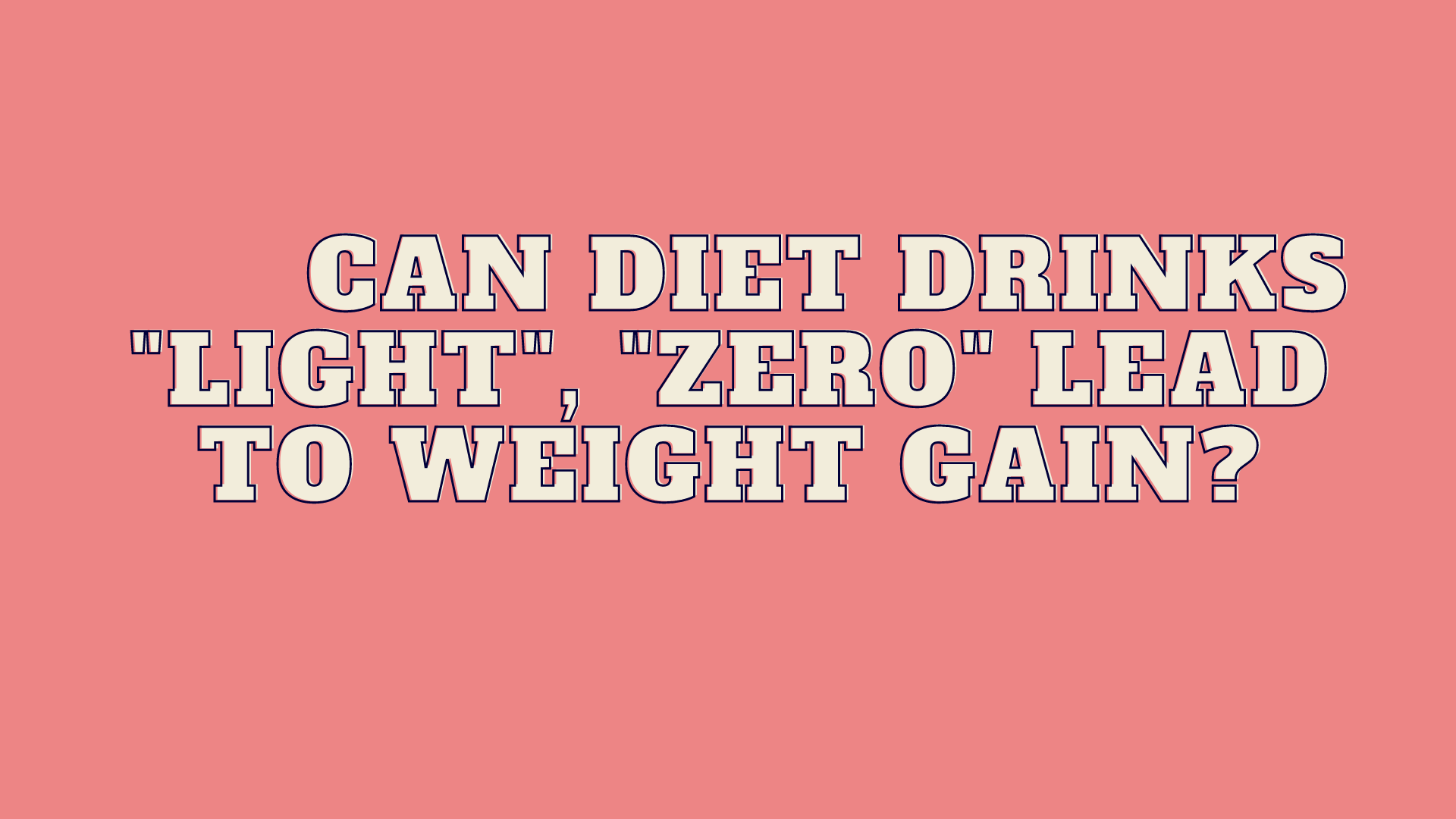 Choosing healthier analogs is not always a good idea.

How do diet drinks lead to weight gain? How are they dangerous?

Understand it together with nutritionists.

Switching to diet drinks will save you from remorse but not from excess weight. Low-calorie analogs are far from as harmless as it seems to many. The lack of benefit of drinks marked Light or Zero was supported by scientific facts – read about them below.

What do scientists say?

Switching from sugary sodas to healthier counterparts may seem like an obvious first step towards slimness — but it is not. Despite diet drinks being the lesser of evils, they do more harm than good.

Scientists have concluded it. According to them, drinks containing artificial sweeteners increase cravings for food, whet the appetite and cause addiction – especially in overweight people. Of course, sweeteners are far from sugar but our brain still likes them. And although researchers have not yet found an unambiguous answer, they can already say for sure that even diet drinks contribute to weight gain and lead to metabolic disorders.

American scientists experimented and proved that low-calorie sodas negatively affect human metabolism. The study involved 74 volunteers, each of whom drank 300 ml of a diet drink with artificial sweeteners: sucrose and sucralose. All participants could eat high-calorie snacks. Scientists monitored the condition of the test group. After two hours, the level of glucose and insulin in the body was measured. And what they found: in overweight people, the hormones responsible for food cravings were elevated.

At the same time, the level of other hormones that give a signal of saturation has decreased. That is not all: scientists noticed that after drinking diet drinks, all participants ate a considerable number of snacks. So, healthier analogs do not suppress hunger at all but lead to the opposite effect — overeating. During the experiment, the caloric content of the participants’ diet increased by as much as 500 kcal. The conclusion here suggests itself: switching to diet drinks does not lead to the desired effect. So, is it worth it?

Many mistakenly believe that the risk of gaining weight from such drinks is minimal. However, it is not: sugar substitutes in the composition can harm the gastrointestinal tract and disrupt metabolism. The figure on the scales, in this case, will undoubtedly creep up. So, it is better to avoid sugary drinks.

The safest substitutes are now considered:

The rest are dangerous. For example, aspartame is a synthetic sweetener added to “diet” carbonated drinks. It is 200 times sweeter than sugar and has a low-calorie content – only 4 kcal per 1 g. However, few people know that aspartame increases the risk of malignant diseases.

Often sugar in drinks is the safest ingredient, especially against the background of harmful additives. For example, juices on fructose have the same energy value as products on sucrose. So, do not be deceived by the statement that fructose is healthier than sugar.

The sweetener is completely processed in the liver (without the participation of insulin) — other cells of the body are unable to directly absorb fructose. Because of it and other biochemical processes, the active synthesis of fatty acids occurs. Fructose can also be the cause of  metabolic syndrome. People, in this case, are rapidly gaining weight, which is almost impossible to get rid of without treatment.

That is the harm of popular diet drinks.

Both of these drinks belong to the category of useful but not in calories. In the hope of losing weight, many people drink a protein shake after a workout, replacing dinner in most cases with it. But a serving of a protein drink with a volume of about 400 ml contains 400 kcal. And in a smoothie of the same volume – almost 14 spoons of sugar. So, contrary to public opinion, these drinks will not help to lose weight.

Freshly squeezed juice helps to lose weight is a myth. It’s just the opposite. A serving of apple, pear, and peach juice with a volume of 400 ml contains about 12 spoons of sugar, orange — 10, cherry — eight, carrot — five. At the same time, one of the main rules for weight loss is the rejection of sugar. So, for those who lose weight, it is better to drink freshly squeezed juices from spinach, celery, cucumbers, lemon, and ginger.

There is a direct relationship between the use of diet-carbonated drinks and weight gain. It is only called dietary but in reality, it contributes to weight gain.

People who abuse such drinks are prone to diseases of the cardiovascular system, diabetes, and high blood pressure. Diet soda contains chemical sweeteners. that are more harmful than sugar. The “dietary” label is just an advertisement and a good opportunity to justify your choice in favor of a “healthy” diet.